(Below are the notes from a presentation given by Jonny Crockett at the Wilderness Gathering 2008 and at subsequent occasions.)

This presentation will illustrate significant and relevant points of law concerning the possession and carrying of knives, axes, saws and other sharp objects, with particular reference to the practise of bushcraft and survival skills.
More importantly, this presentation is designed to help members of the public stay within the law.

Offence: It is an offence for a person to manufacture, sell, hire or offer for sale or hire or expose or have in his possession for the purpose of sale or hire, or lend or give to any person:

A) any knife which has a blade which opens automatically by hand pressure applied to a button, spring or other device in or attached to the handle of the knife, sometimes know as a ‘flick knife’ or ‘flick gun’; or
B) any knife which has a blade which is released from the handle or sheath thereof by the force of gravity or the application of centrifugal force and which, when released, is locked in place by means of a button, spring, lever, or other device, sometimes known as a ‘gravity knife’.

Offence: It is an offence to import any knife as described in s.1(1) and sometimes known as a ‘flick knife’ or ‘flick gun’ and ‘gravity knife’
Powers: Arrestable offence.
Public Place

Offence: It is an offence for any person, without lawful authority or good reason, to have with him in a public place, any article which has a blade or is sharply pointed except for a folding pocket-knife which has a cutting edge to its blade not exceeding 3 inches.  The burden of proving the lawful authority lies with the defendant.
Defences Good reason, lawful authority, it was for use at work,(caretaker), religious reasons and it was part of a national costume.

“141A. Sale of knives and certain articles with blade or point to persons under sixteen

(1) Any person who sells to a person under the age of sixteen years an article to which this section applies shall be guilty of an offence and liable on summary conviction to imprisonment for a term not exceeding six months, or a fine not exceeding level 5 on the standard scale, or both.

(2) Subject to subsection (3) below, this section applies to—

(a) any knife, knife blade or razor blade,

(c) any other article which has a blade or which is sharply pointed and which is made or adapted for use for causing injury to the person.

(3) This section does not apply to any article described in—

(c) an order made by the Secretary of State under this section.

(4) It shall be a defence for a person charged with an offence under subsection (1) above to prove that he took all reasonable precautions and exercised all due diligence to avoid the commission of the offence.

(5) The power to make an order under this section shall be exercisable by statutory instrument which shall be subject to annulment in pursuance of a resolution of either House of Parliament.”

Definition in law of a public place:

This is very difficult to determine but mostly the law defines a public place as meaning any street, road or other place to which the public have, or are permitted to have access.  Even if you have to pay to gain entry to a venue it is still a public place.

Examples of a public place

If “No” applies to any of the above an arrest will be imminent.

The Laws Relating to Sharp Objects, Knives, Saws and Axes.

(1)   A person who without lawful excuse destroys or damages any property belonging to another intending to destroy or damage any such property or being reckless as to whether any such property would be destroyed or damaged shall be guilty of an offence.

(2)   A person who without lawful excuse destroys or damages any property, whether belonging to himself or another—

(a) intending to destroy or damage any property or being    reckless as to whether any property would be destroyed or damaged; and

shall be guilty of an offence.

(3)   An offence committed under this section by destroying or damaging property by fire shall be charged as arson.

Prevention of Crime Act (1953)
– made it an offence to have an offensive weapon in a public place: including any article made or adapted for use for causing injury to any person

What can happen to you if you break the law concerning sharp objects?

During May and June 2008 the Metropolitan Policy carried out Operation Blunt 2 in London.  During this period:
1. 27,000 searches were made
2. 1,214 arrests were made
3. 528 knives were found
Figures from the Met Pol.
Other Figures

Which knives are legal in a public place and which are not?

It is an offence for any person, without lawful authority or good reason, to have with him in a public place, any article which has a blade or is sharply pointed except for a folding pocket-knife which has a cutting edge to its blade not exceeding 3 inches.  The burden of proving the lawful authority lies with the defendant.  A knife which is capable through manufacture to be locked open or has a fixed blade is thus deemed illegal in a public place.

On foot in a public place

By train and bus

What can you do to stay within the law?

a. Try not to carry a knife, saw or axe at all.
b. Remember that ‘Just in case I need it’ is not an excuse that will work in a court of law.
c. Reasonable and practicable cause to carry.
d. Carry a knife that is not aggressive looking.
e. Ensure you have permission to carry a knife if you are on private property.
f. Try to have proof that you need /needed to carry the knife.
i. Spoon carving
ii. Documentation to prove that you are on the way to a course
iii. Written permission to use land for bushcraft and survival purposes
g. Whilst in a public place, if you have the need to carry a sharp object, make it as inaccessible as possible.
h. Do not hide the knife under your shirt.
i. If you are under 18, don’t carry a knife in public at all.  Use it in situ with an adult supervising.
j. Use a knife that is relevant to the activity you wish to carry out.  A machete is not great to take on a fishing trip.

What will happen if we ignore the law?

At the moment there are constabularies working a zero tolerance policy.
This will become a nationwide policy soon.
If knife law is flouted it may become illegal to own some knives and this may include knives traditionally used for bushcraft.
The writing is already on the wall for lock-knives – a few more stabbings and that might be it.
As a hobby or way of life, bushcraft and all its practitioners should set a good example to the rest of the public.
It only needs a few incidents to make the purchase of knives very difficult.
Although ‘most’ stabbings on the news involve kitchen knives – politicians and law makers only see a sharp blade and a handle.
The future of bushcraft is in educating children.  Perhaps if we act responsibly they will be permitted to have knives.  A situation where it is illegal for people under 18 to own, carry or use a knife is not to big a step away.

Common sense applies to the carriage and use of bladed articles.  If in doubt ASK.  Every local constabulary has a website that can help, failing that please contact Survival School by way of e-mail.

Ignorance of the law excuses no one! 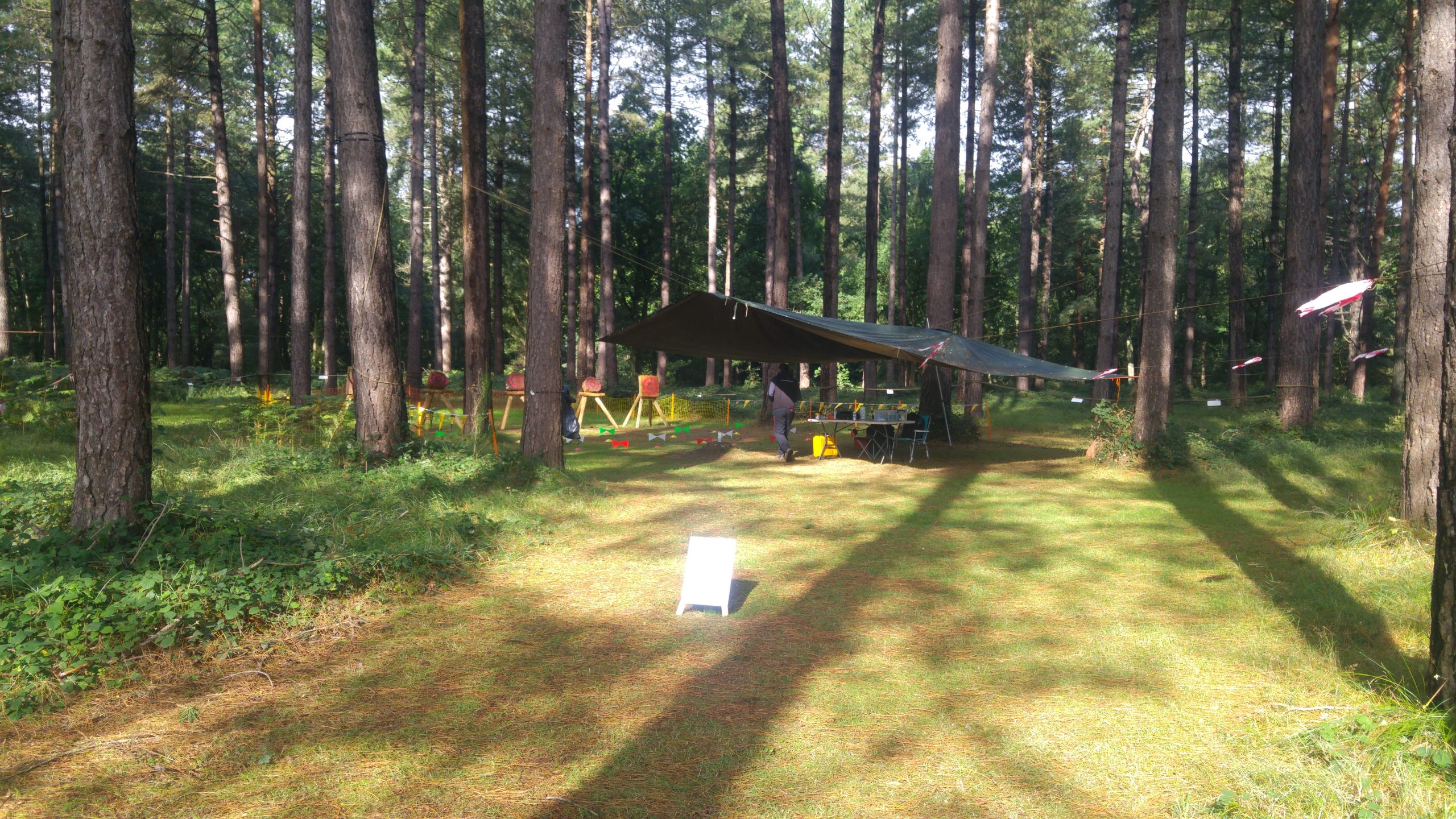